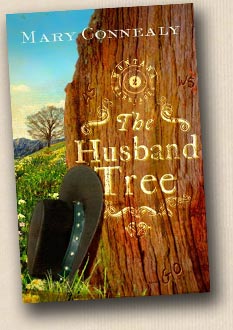 Belle Tanner buries her third worthless husband and makes a vow over his shallow grave. She’s learned her lesson. No more men.

Silas Harden just lost his second ranch because of a woman. The first deserted him when times got tough. Now he’s had to quit the whole state of New Mexico to avoid a trumped-up shotgun wedding and the noose of matrimony. He’s learned his lesson. No more women.

Belle needs hired hands to move a cattle herd late in the season and there’s no one around but seemingly aimless Silas. She hires him reluctantly.

Silas signed on, glad for the work, though worried about a woman doing such a thing as hiring drovers, only to find out he’s the lone man going with five woman, including a baby still in diapers. After the cattle drive is over, he might as well shoot himself to speed up the process of being embarrassed to death.

A cynical cowboy who has to convince five women he’s right for their ma. . .and then convince himself.

And one thousand head of the crankiest cattle who have ever been punched across the backbone of the Rockies.