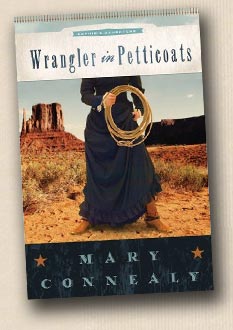 Sally McCellen finds herself injured and in the care of the biggest wimp she’s ever met. Logan McKenzie paints pictures of the wild west—and claims he makes a living doing it. When the two of them see an elk she reaches for her rifle, he reaches for a sketch pad. The word DRAW means completely different things to them. When Sally falls off a cliff practically into his arms, he decides he’s keeping her. So far her broken leg is keeping her close, but she’s a quick healer and she needs to get some tougher help, because outlaws are hunting hard for the one witness to their crime.