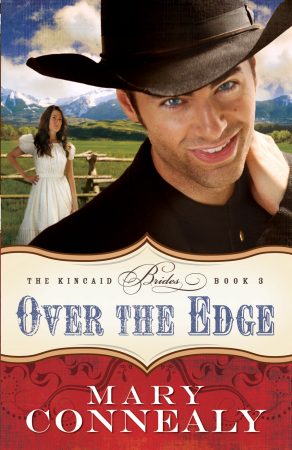 Seth Kincaid survived a fire in a cave, but he’s never been the same. He was always a reckless youth, but now he’s gone over the edge. He ran off to the Civil War and came back crazier than ever.
After the war, nearly dead from his injuries, it appears Seth got married. Oh, he’s got a lot of excuses, but his wife isn’t happy to find out Seth doesn’t remember her. Callie has searched, prayed, and worried. Now she’s come to the Kincaid family’s ranch in Colorado to find her lost husband.

Callie isn’t a long-suffering woman. Once she knows her husband is alive, she wants to kill him. She’s not even close to forgiving him for abandoning her.

Then more trouble shows up in the form of a secret Seth’s pa kept for years. The Kincaid brothers might lose their ranch if they can’t sort things out. It’s enough to drive a man insane–but somehow it’s all making Seth see things more clearly. And now that he knows what he wants, no one better stand in his way.