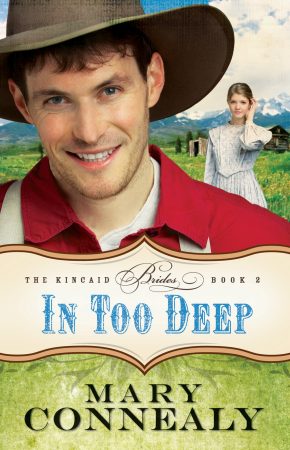 In 1866 Colorado, Ethan Kincaid agrees to a marriage of convenience with the same casual disregard he gives every decision. Audra Gilliland, young mother of two, accepts his proposal because she wants to stop being a burden to her newly married stepdaughter.

And suddenly both of them are in far deeper than they’d planned.

Ethan doesn’t expect Audra to affect him so profoundly, and when she begins to, he’s terrified of the pain he’s felt before when someone he loved was seriously injured on his watch. He’s determined that his new wife will do as he says so he can keep her safe from the dangers that lurk on their ranch.

Audra has been cared for all her life by one man or another–and they’ve done a poor job of it. Now she’s planning to stand up for herself. And her new husband had better agree or get out of her way!

What will it take to transform two wayward hearts fearful of getting in too deep into two trusting hearts ready to risk falling deeply in love?