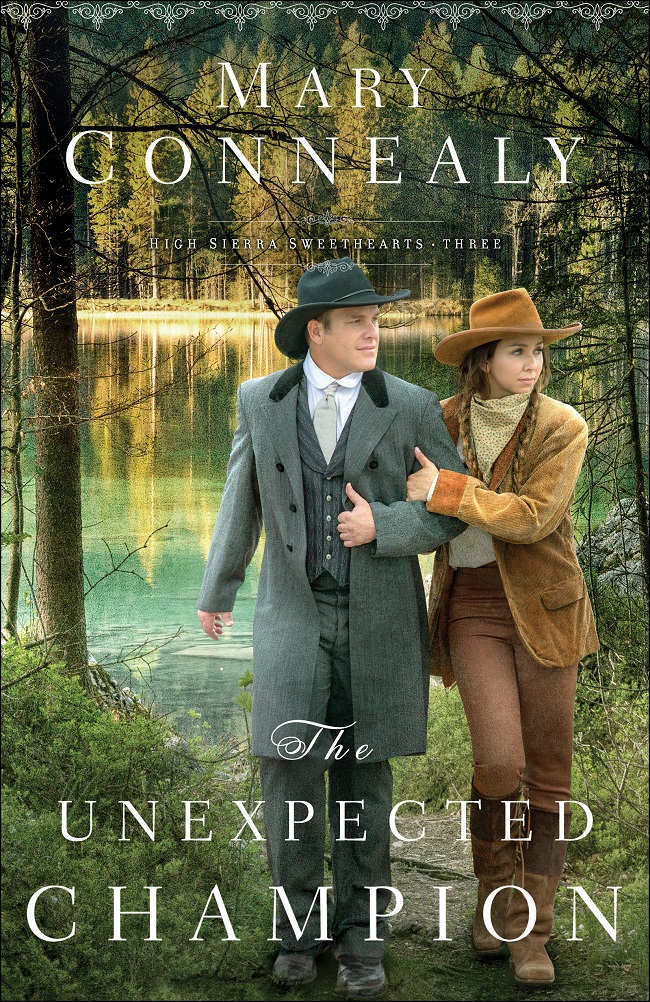 City dweller John McCall never expected to be out in the High Sierras of 1868 on a wild-goose chase to find the Chiltons’ supposedly lost grandson. But now that he’s out here, things have gotten even more complicated, mostly due to wildcat Penny Scott. She’s not like any woman he’s ever met–comfortable in the woods, with a horse, and with a gun.

When Penny and John are taken against their will by a shadowy figure looking for evidence they don’t have, both realize they’ve stumbled into something dangerous and complicated. With their friends and family desperately searching for them, Penny and John must make a daring escape.

When they emerge back into the real world, they are confronted with a kidnapper who just won’t stop. They must bring a powerful, ruthless man to justice, even as this city man and country woman fight a very inconvenient attraction to each other.

Set in 1868 Dismal, Nev., this pleasing third installment of Connealy’s High Sierra Sweethearts series (after Reluctant Warrior) features a romance between unlikely companions. Outlaw Raddo Landauer has just been shot to death in the streets of Dismal, and local Penny Scott and visiting businessman John McCall meet for the first time when they rush to the scene of the shoot-out. As they wait outside the sheriff’s office while he questions witnesses to the shooting, they are taken prisoner by three masked gunmen who want answers about Raddo’s death. After traveling some distance in the back of a wagon, Penny manages to free herself and John, and the two escape into the wilderness. Meanwhile, Penny’s brother Cam is convinced that John kidnapped her due to eyewitness accounts of the kidnapping. When the two finally return after several days lost in the woods, John is given the choice to hang for kidnapping (despite Penny’s protests) or marry Penny. The horrified newlyweds soon set off to restore their reputation by hunting down the men who kidnapped them to prove they were in cahoots with Raddo, and also to determine if they can stand each other enough to live as man and wife. As the danger and violence ramp up, so does their affection. While faith plays a minor role in this clean western romance, fans of the series will enjoy Connealy’s rough-riding romance.