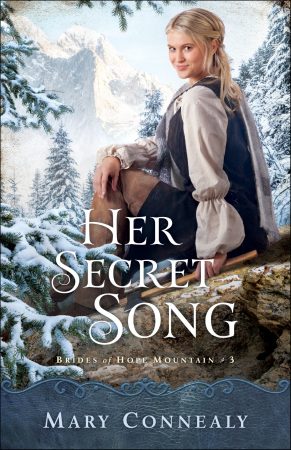 After a rough winter spent alone, Ursula Nordegren realizes she must overcome her fears of the outside world and begins a trek down Hope Mountain. Along the way she finds a badly wounded stranger and realizes God may have used her decision to leave as a way of saving the man.

Wax Mosby was climbing Hope Mountain in part to atone for his terrible choices. He was hired to drive out the Warden family and now knows he was duped. But when he’s wounded during the climb, the last person he expects to rescue him is a beautiful blond woman with the voice of an angel.

As both Ursula and Wax weigh the costs of living new lives, the two find an unlikely bond. And they’re joined by Ursula’s sisters and the Warden family as the final showdown over the family ranch looms with the coming of spring.